Gepubliceerd januari 2, 2023 Door Bannie Cheff
Let me be honest, I am a lazy chap. Why else would I write a blog about eating crisps?
However, for this weeks review I went on a hunt for a crazy wild crisp! I was doing normal grocery shopping when I found this bag of crazy wild chorizo flavoured crisps. I bought them and took them home. Immediately I searched the internet to find a stock photo of the crisp for this review and I did not find one! I had to take a picture myself! An obscure crisp indeed.

First things first: the name of this crisp is way too long. Even if you cut the brand name Sol&Mar you are still confronted by a five-word flavour name. A crisp name needs to be easy, short and memorable, such as readily salted, salt and pepper or cheese and onion. Maybe the producers thought the crisp would get a point for each word in its name…
When one opens the bag there is no smell and the colour of the crisp itself is not red like the chorizo sausage is, it is more orange like a paprika crisp. The first bite is crunchy, which is good, but then… the flavour kicks in. Our director Eline Henrotte tasted them with me and she described it as Spam straight from a can! I myself would call it heavy garlic infused dog food. The taste reminds me of the time I was eight years old and lost a bet, as a result of this I had to eat a piece of dry dog food.
I now understand why Lidl did not have a picture of this crisp on their website or in any discount magazine: this is a disgusting monster of a crisp! Never eat this and do not feed it to your dog either!! 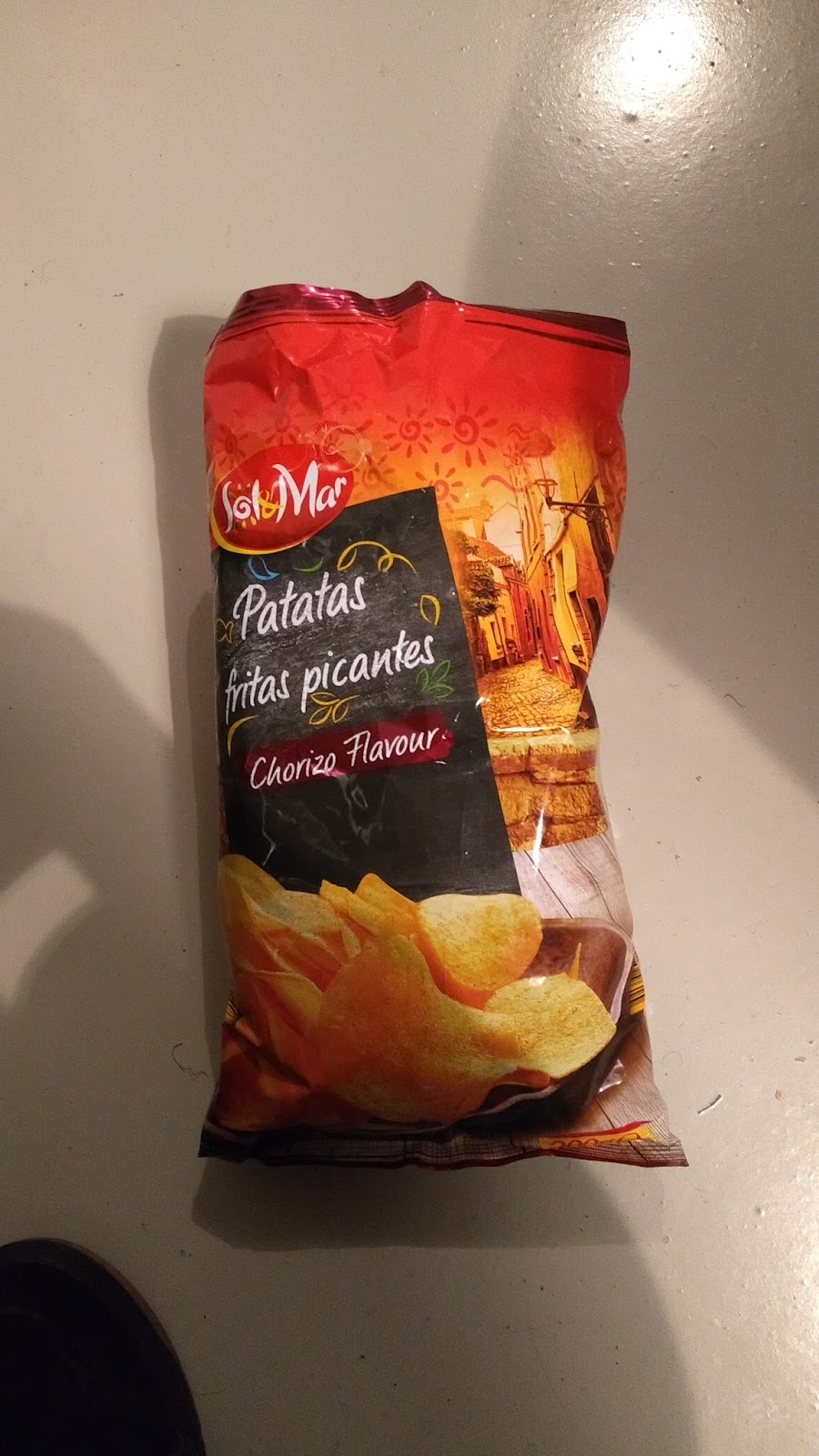